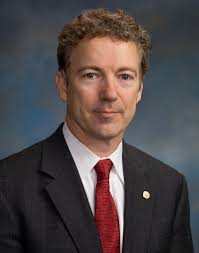 On April 17, 2015, Senator Rand Paul announced his bid for President of the United States for the 2016 election. I have placed below his political history.

Current Political Office: U.S Senator for the state of Kentucky