While serving in the military I actually learned the valuable lesson about how important it is to actually be an educated voter. That is why I voted for Barrack Obama twice. Not so he could become the first black president but despite his age, the majority of issues that he fought for as a senator I agreed with. When I share this with the supporters of his opposition I am met with this question or something similar to it – “If he is so great why he couldn’t get more done?” or something to that matter. That is where I get to inform them the importance of voting on every election. Yes he is the Executive Branch but he is supported or hindered by two other branches. That being said, if you have the person you wanted sitting in that big chair. The next logical step is to vote in the minor elections, providing your desired candidate the proper support. Why did the President have such a difficult time? Simple his supporters didn’t “vote in” the proper support for him. Everyone…correction the majority of his supporters thought everything was good and dandy now that he was in office only to find out different as time went on. My goal with this blog is to try to assist all that pass through, to give you the information to make an educated decision with their vote instead of voting on “popularity”, race and/or gender. Just saying! 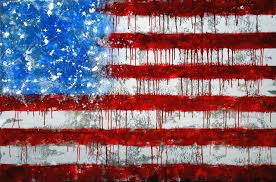 As I just mention it is important… no it’s crucial that we become more informed when it comes to voting. Our country (if you haven’t notice) is in dire straits. I am quite aware that politicians say we are going through an upswing but those of us on the ground are not really seeing it. Which by the way is the majority of this country! There was a time in this country’s history when voting actually mattered and people took care to know the candidates and what they stood for. It feels like those days are done and gone. I am quite aware that I am just one person and I am not a political analyst. That’s not going to stop me, I still hope by working on this series to help increase the number of educated voters that will hit the polls in the future. Not just in 2016. I have to mention as a disclaimer, I am not a registered Republican or Democrat, well at least not that I am aware of.

I will try my best to make my analysis of each candidate as subjective as possible. I will keep my personal opinion out of those particular post. Like I mentioned earlier my only goal within this series is to help those who read this become more of an educated voter. If I can reach just one or two voters, they can spread the knowledge and so on and so on. Then I have done my part.